Thanks To Laurel and Jimmy T For Getting Us The Photos-

The Dorys don’t just maintain themselves.  It takes a group effort to keep these boats in racing shape.  The email was sent out last week to all the members of the International Dory Race organization and I’m sure when they sent out the invitation to join in and sand, powerwash and paint the dorys that no one imagined that it was going to be under 32 degrees at the end of March. But that’s what mother nature dealt.

I remember that morning wondering if they were going to cancel and reschedule but as you can see from the following photos- the work took place.  Those who showed up should be applauded for their efforts! Photos and captions from Laurel Tarantino- 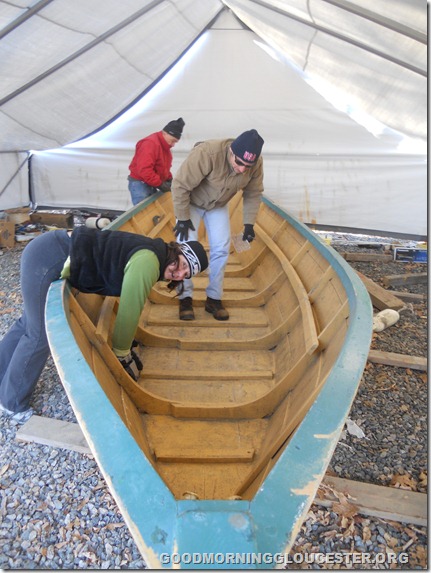 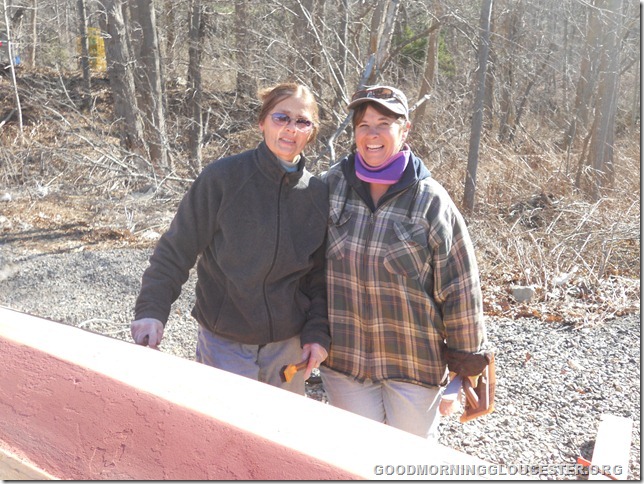 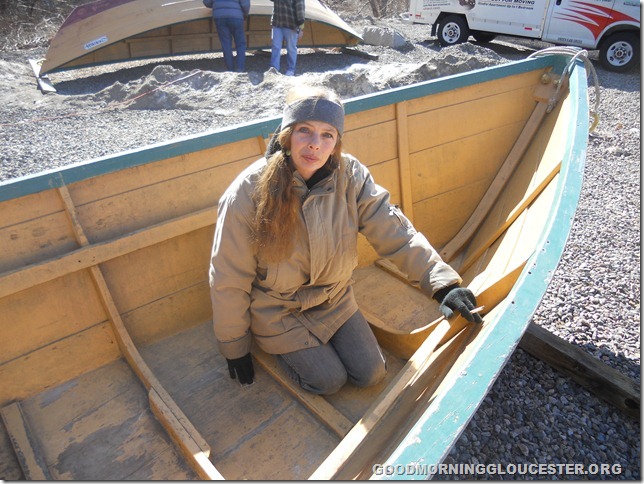 Bottoms Up!  Leo LaRosa on Roller, Jeff Muise on Cutting 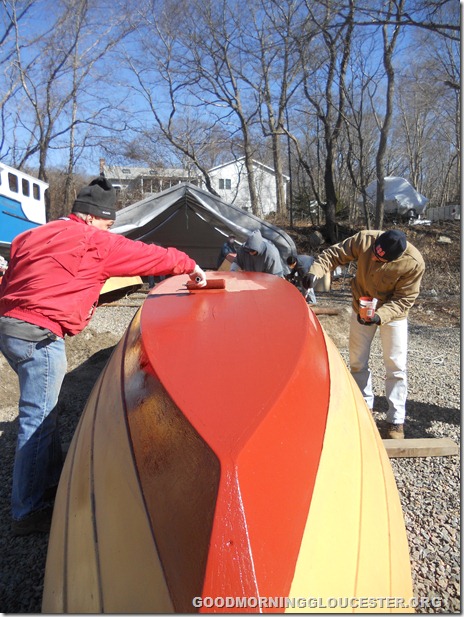 Laurel added in a new email-

We only got the bottoms painted on Saturday, as the temperatures were too low for anything other than that.  Boats are all sanded and ready for “Dory Buff” which we hope to slap on tomorrow.  Hopefully we’ll get it done, because we want to launch them asap.

and another Report From Jimmy-

Once again we were pleasantly surprised by the strong showing on Boat Prep Day. Unfortunately, it was too damn cold to paint the boats! So…. we’re going to do that *tomorrow at 4 p.m.* Anyone who can spare an hour or two, we’ll be at the Eastern Avenue Storge facility from 4 to 6 p.m.. *Come on down and lend a hand.*
All the hard work got done, thanks to Erik Dombrowski and Damon Cummings bringing all the tools and supplies we got all the boats scraped, sanded and bottom painted.  Now all we have to do is slap a little paint/linseed oil on the decks and roll the buff on the outsides. Should have it done tomorrow and ready to launch this weekend!