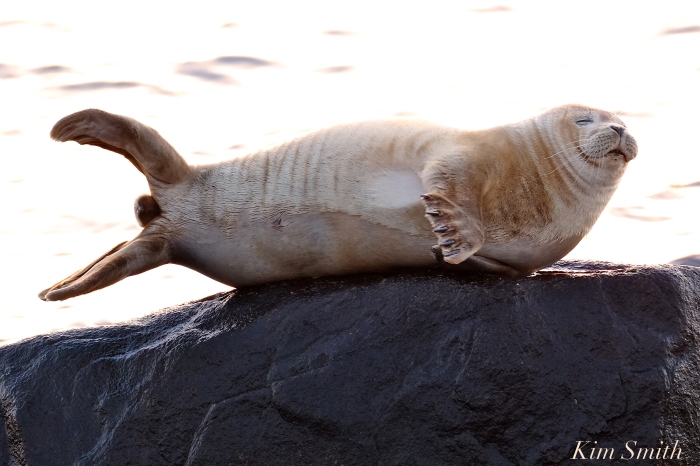 While photographing the beautiful young Harbor Seal at Brace Cove this week I noticed a large protuberance centered between the seal’s hind flippers. It’s soft fur looked buffy gold in the morning light and it was much easier to see the seal’s anatomical parts than when photographing a darker, more mature seal. I at first thought the prominent knob was its penis, but after googling, discovered, no, it was a tail! However, I can’t find any answers as to what use the tail is employed.

The bulging, rounded cone-shape between the seal’s hind flippers is a tail.

When Harbor Seals are on land their hind flippers are often closed together but this little guy was in a lolling mood. I watched him from my perch, where I was curled up on the rocks for some time, as he stretched, scratched, slept, and yawned. 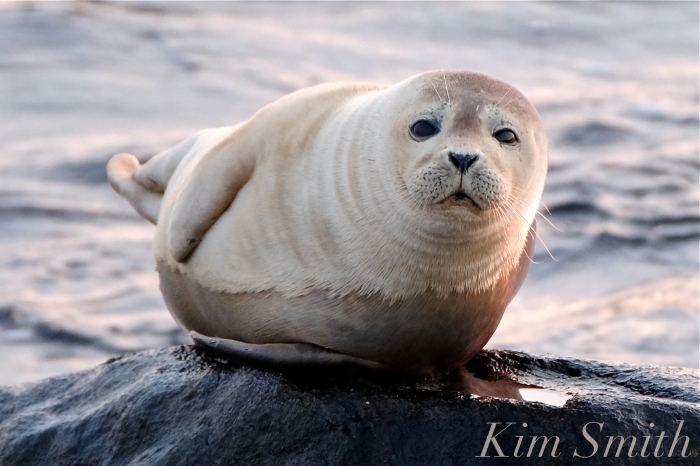 The Harbor Seal’s V-shaped, or as I like to think of it as heart-shaped, nose nostrils close when underwater. 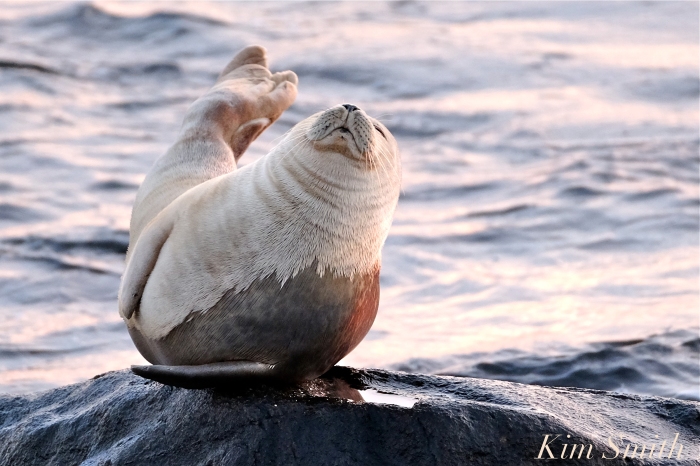 I think the seal is molting. Harbor Seals molt once a year and the fur of younger seals (up until about three years of age) is more uniform in color.

Harbor Seals, like all phocids, have ear holes, but no external ear flaps.

The Harbor Seal feeds predominantly on fish such as herring, mackerel, hake, salmon, flounder, and cod. They also eat shrimp, squid, clams, crab,  octopus, and crayfish. They swallow prey whole or tear into pieces, and use their back molars to crush shellfish. Typically the seals feed at high tide and rest during low tide. Everyday, the adult Harbor Seal eats approximately five percent of its body weight.

Its hind flippers propel the seal through water, in a sort of sculling rhythm. True seals, like Harbor Seals, cannot rotate their hind flippers and that is why they scooch along on their bellies when on dry land.

The blunt one- to two-inch claws of the fore flippers are used for grooming and for defense. 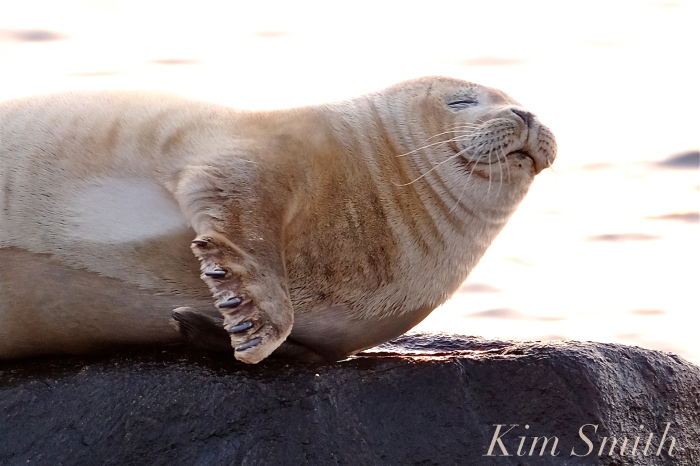 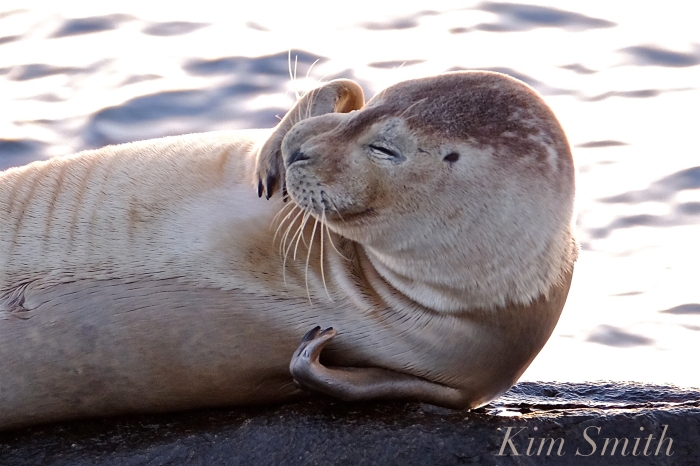 Harbor Seal grooming with its claws.

I went hoping for a beautiful sky and and found both sky and beautiful Harbor Seal.