The plans are similar to ones you may have seen over the last year, though it is always something else to inspect them in person, walk through a site, and hear feedback, input and questions. I’ve considered the plans before, but had not realized that the parking lot was going to be shifted and expanded double wide at the top abutting the dog park. Some neighbors liked the idea of an altered viewshed, others not so much. People talked about cleaning up the broken glass, trash management (great praise for DPW dealing with this every day), repairing the stone steps, the beach, bringing back some of the fanciful playground elements, trees and maintenance. There was pretty much universal praise for the Rotary and the farmers market. I was told there was mention of altering the Tablet Rock plaque, which does not need it, though I did not hear any. I was there for the duration of the meeting and even a tad beyond as Steve Winslow was kind enough to lead a tour into the field and perimeter afterwards. A great challenge is maintaining the meadow expanse which many feel is ragged around the gazebo while serving crowds. The proposed plans center about the gazebo and parking lot, and did not cover the area along the harbor (across from the cupboard) where the annual Waterfront music festivals occur as well as elements listed above.

In case you missed the Mayor’s Facebook page, here is a summation from the evening and invitation to join in. 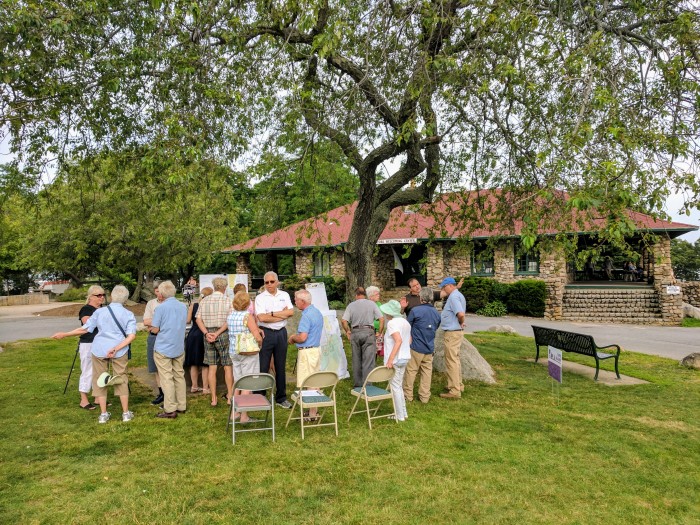 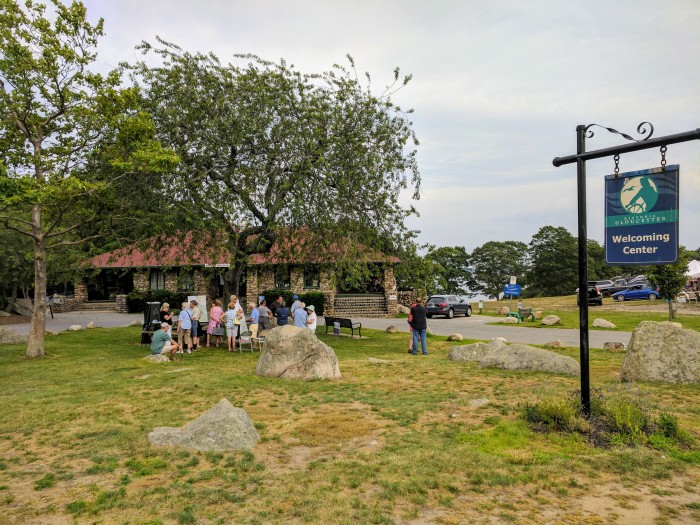