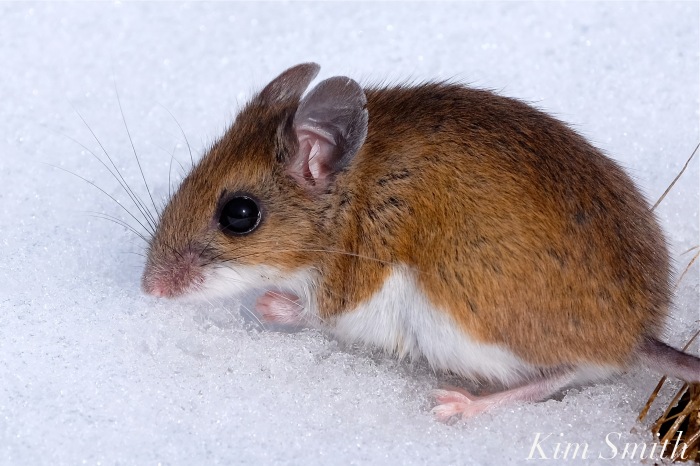 Well hello there little mouse! My husband Tom was releasing a mouse that was caught in his have-a-heart trap. He first opened opened the front door of the trap, with no sign of movement within, and then the back door. After a few minutes passed, out ran the little mouse, but then he froze in his tracks, only several feet from where I was standing. As I was motionless taking his photo, I think he must have thought I was a tree. He suddenly ran up my leg, up under my dress, and poked his head out from beneath my coat. It’s too bad I was holding the camera and not my husband!

Thinking about hantavirus, and just to be on the safe side, I changed my clothes and washed immediately.

Off towards the woods he ran.

Studies show how the increasing Eastern Coyote population has impacted White-footed Mice, Red Fox, and the explosion of Lyme disease. In areas where the Eastern Coyote has outcompeted the Red Fox for habitat, Lyme disease has increased. Coyotes not only kill Red Fox, they simply aren’t as interested in eating mice as are the fox. 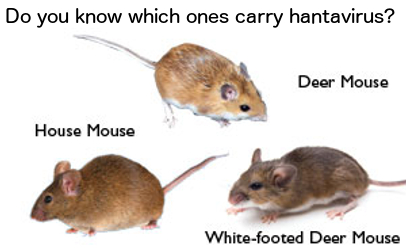 Answer: Both the White-footed and Deer Mouse carry hantavirus, not the House Mouse. To be on the  safe side, if you find rodent droppings in your home or office, do not vacuum because that will disperse the virus throughout the air. Instead, wipe up with a dampened paper towel and discard.

Today was the third day in a row that I have spotted a coyote at high noon. Three different North Shore towns, three sightings. This time I had my camera with me and it was easily accessible. In the new literature on living with coyotes that I have been reading, there is a great deal of misinformation. The first myth that should be dispelled is that they are nocturnal!

If you spot a coyote and manage to capture a photo of it, send in the snapshot and we will post it here. Email to kimsmithdesigns@hotmail.com