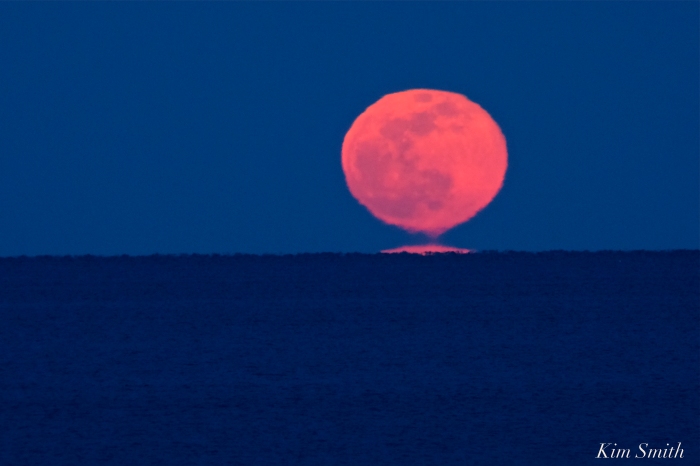 Last night’s moonrise over the Back Shore was spectacular. Click on the sequence above to see full size. I don’t know why the Moon has a “neck” in the middle photo, or what that reflective appearance is termed, but it was so interesting to see.

Our Charlotte loves looking at the Moon, so when she popped up in bed at 5:30 in the morning and exclaimed Moon!, I bundled her up and off we went to see the Moon setting over the Harbor. I wrote last month that she loves looking up in the sky for the Moon, largely from reading her the story book Good Night, Moon, and now we are reading Buenos Noches, Luna, practicing for an upcoming trip to Mexico. 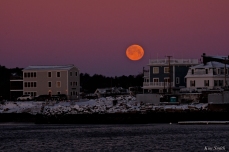 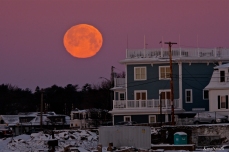 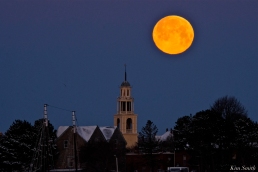 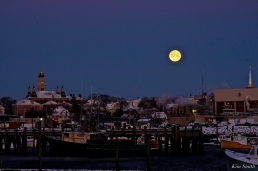 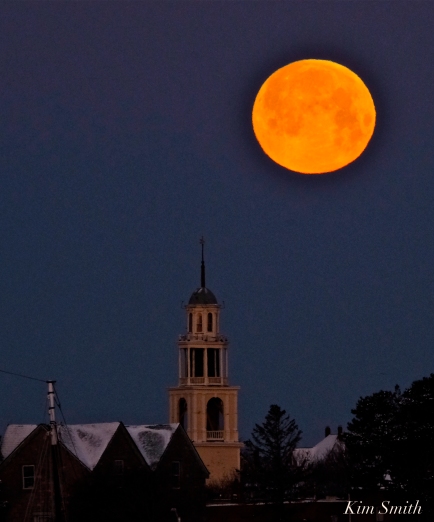 NASA: When a full moon appears at perigee (its closest point to Earth), it is slightly brighter and larger than a regular full moon—and that’s where we get a ‘supermoon.’ The phrase was coined in 1979.