Driving along the Great Marsh at dawn, off in the distance a Red Fox caught my eye. I quickly reversed direction and was able to take a few snapshots. The Fox was vigorously digging in the snow and when he looked up, a small furry creature was clenched between its jaws. 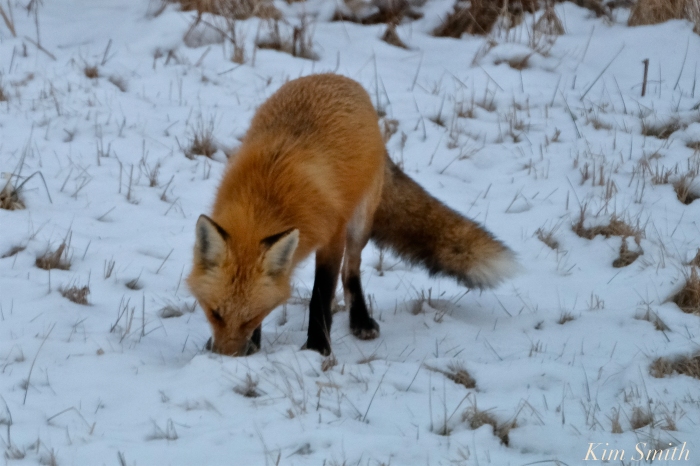 He trotted closer to the edge of the scrubby shrubs with his breakfast held firmly. A brief pause and several chomps later, the unlucky one was devoured.

The Fox gave a toss of his head and while glancing around appeared to be laughing with delight, before then slipping into the wooded margins of the field. 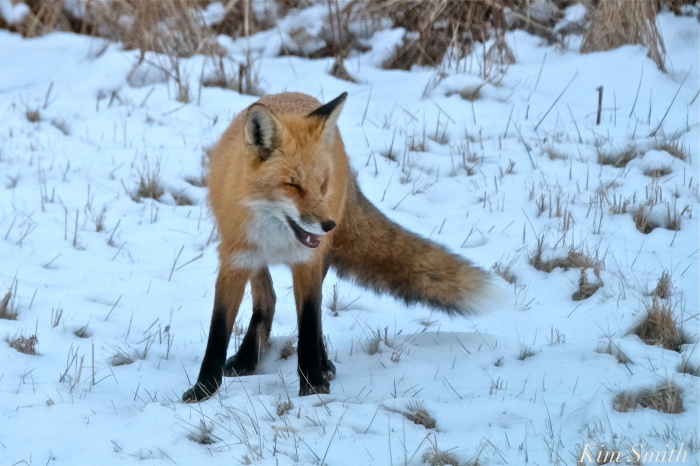 As you can see from the map, the Red Fox (Vulpes vulpes) is widely distributed across the Northern Hemisphere. Additionally, Red Fox thrive in Australia too, where they are not native and considered an invasive species.

The Red Fox’s success is due largely to its ability to adapt to human habitats and to its extraordinary sense of hearing. A Red Fox can hear a mouse in snow from 42 feet away!

Because the Coyote has expanded its range so greatly, competing with Red Fox for food and habitat, the Fox are reportedly denning closer to homes. Most likely because human habitats are a safer choice for their kits than Coyote territory.

Oh how I wish a Foxy mama would call our yard home!

One thought on “LAUGHING FOX!”