Attached are a few pictures I took of Black Skimmers on Good Harbor Beach Friday morning. I had observed 2 early in the morning while surfing at Long Beach, and also saw two at Cape Hedge in the afternoon. Massachusetts (Cape Cod) is considered the northern limit of their breeding range. 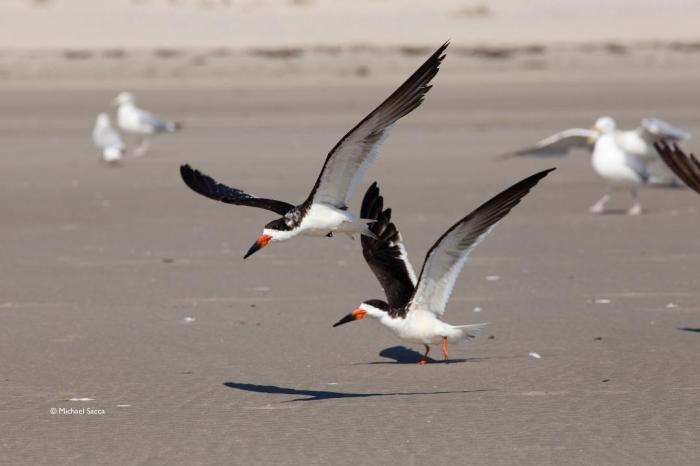 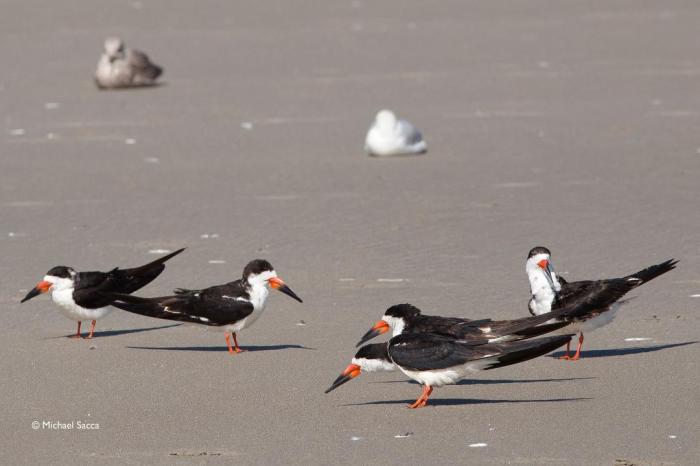 From Massachusetts Audubon:
The Black Skimmer is an erratic visitor and rare breeder on the coast of Massachusetts, most often encountered along sandy beaches or open tidal flats. In eastern North America, the regular breeding range extends from Long Island, New York, southward along the coast to the Gulf of Mexico. Since 1984, when skimmers were observed breeding on North Monomoy and New Island, the species has nested annually.
More info at- https://www.massaudubon.org/our-conservation-work/wildlife-research-conservation/statewide-bird-monitoring/breeding-bird-atlases/bba1/find-a-bird/(id)/70
Michael Sacca

The creator of goodmorninggloucester.org Lover of all things Gloucester and Cape Ann. GMG where we bring you the very best our town has to offer because we love to share all the great news and believe that by promoting others in our community everyone wins. View all posts by Joey Ciaramitaro