These beautiful shorebirds, so small you can hold one in the palm of your hand, and so softly hued, they melt into summer shades of driftwood and sand, are actually tough as nails. You would have to be mighty fierce to battle hungry gulls and crows twenty times your size, an ever shrinking habitat, extremes in weather, and oddest of all, unmated males of your own kind.

We usually refer to our disrupter as the Bachelor; in WWE terms, I think he would be called a heel. Daily, there are impromptu smack downs, mostly Papa defending the chicks, but Mama often rescues the chicks, too. Even on the 38th day of our fledgling’s lives, the Bachelor went after one of the chicks this morning. The heel snuck up and then moved aggressively towards an unsuspecting fledgling, sleepy-eyed in the sand. Papa was nearby, gave the Bachelor the business, and down the beach they both flew.

Unmated males pose a problem not only at Good Harbor Beach, but at Piping Plover nesting sites everywhere. Early in the season, I imagine it may be good for the success of the species to have a few extra males present in case the male of a mated pair is killed. But why do they continue to harass throughout the summer, especially when the female may even have left the area? Papa’s and Mama’s defense of the chicks against the Bachelor’s villainous behavior is perhaps demonstrating to the young birds life lessons in how to defend their own future broods.

The Bachelor this morning, hiding behind a sand castle, waiting to pounce on a resting fledgling. 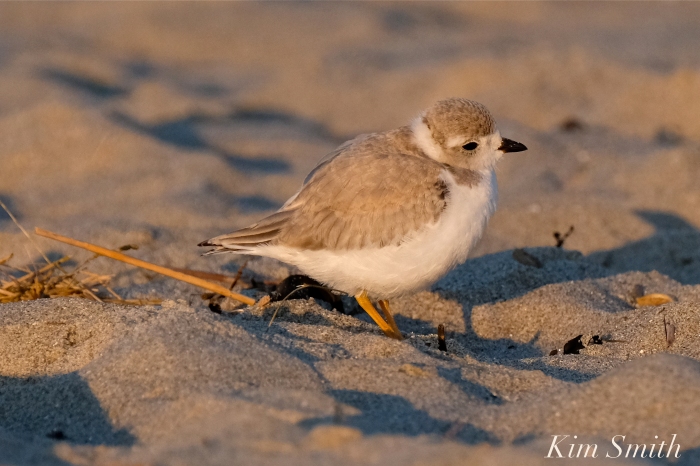 Several mornings ago I observed the family feeding together in the intertidal zone, but wait, there were six, not five. Mom looked up from finishing her bath and quickly realized the Bachelor had wormed his way into the family’s territory. She went straight at him, but he held his ground. Papa heard the commotion and full on charged, chasing the Bachelor all the way down to the snack bar. 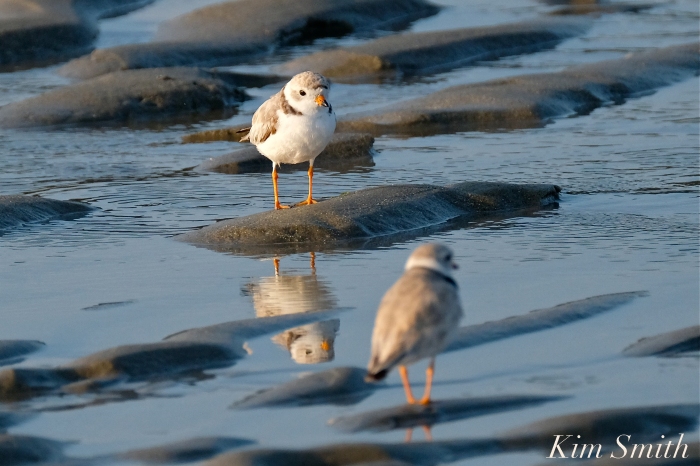 She looks up and recognizes it’s the Bachelor.

She flies straight at him, even wrassling for a moment, but the Bachelor refuses to leave.

Papa gives chase up the beach.