Stop into Feather & Wedge (5 Main Street, Rockport) this Sunday for an Acoustic Brunch featuring music from one of Boston’s most talented singer/songwriters, Andrew James. His impressive set list is comprised of original music and covers by artists including Bob Dylan, James Taylor, Tracy Chapman, John Mayer and Jack Johnson. 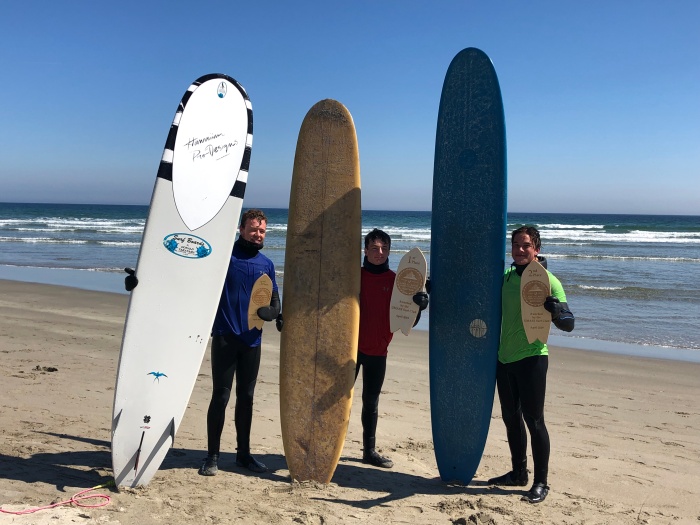 The Lake Atlantic Invitational Surfing Competition, Gloucester’s first ever competitive surfing event, was held today at Good Harbor Beach. The competition was sponsored by UMass Amherst Surf Club. Thanks so much to Bill Wrinn for providing the shot of the winning surfers. And a huge shout out to the group for keeping an eye out for Gloucester’ Piping Plovers! 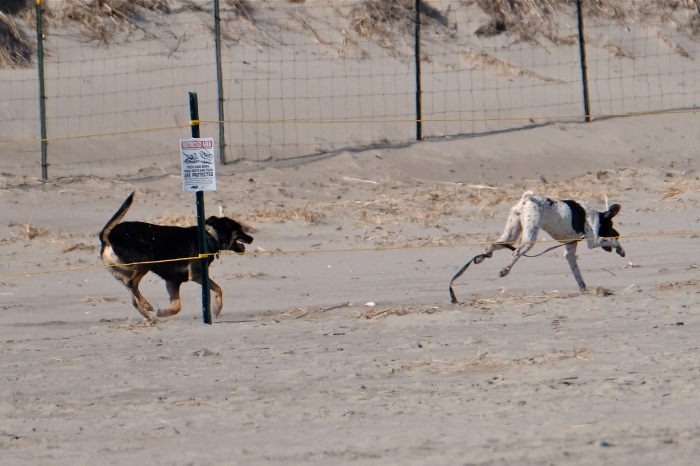 We could write that there were at least two hundred dogs at Good Harbor Beach today, but only those of us who were there for any length of time would believe it. There was a constant steady stream, from sunrise, to when I last checked at 4:00pm. For the most part, the folks that we spoke with were without a clue that the rules have changed. Suffice it to say, we need to do a better job getting the word.

For readers who may have missed the information. The new ordinance prohibits dogs at Good Harbor Beach at any time of the day or night from April 1st to October 1st.

There are people who are not getting the information–they don’t read local blogs, local papers, or are not on Facebook. There has to be a more effective way to let folks know. If you are reading this post, please share it with your friends and please let them know of the ordinance change. And if you have a suggestion, or experience on how to get information of this nature across, we would be so appreciative if you would share. Thank you!

Just saying, if 200 tickets had been issued x $300.00, that would equal $60,000.00, which is more than enough money to pay people to stand at all three entrances to the beach and let folks know about the rule change; one person at the footbridge, one at the parking lot entrance, and one person at the Whitham Street entrance. This would be a very effective way to get the word out, and may only be necessary in the early days of the rule change. It’s not fair to expect the monitors to shoulder this responsibility as people can behave in an extraordinarily entitled manner and are often aggressive and hostile in their response when told of the ordinance change.

The following photos are just several of dozens taken today. The owner appeared to have five dogs with her. While she was whipping the ball with several of her dogs at the low tide line, these two tore away and ran repeatedly through the nesting area. 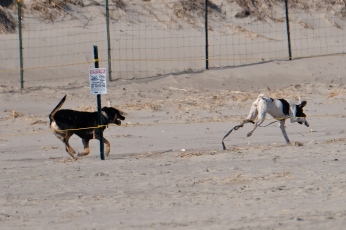 No Dogs at Good Harbor Beach from April 1st to October 1st.

Aging Together: A Summit to Explore Building a Community for All Ages

Age & Dementia Friendly Cape Ann, SeniorCare Inc. and the four communities of Cape Ann will host “Aging Together,” a free summit to explore how Cape Ann can become a place where all residents–regardless of age or health status–can thrive.

The Aging Together Summit will take place on Wednesday, May 1, 2019, 10am-2pm, at The Elks at Bass Rocks, located at 101 Atlantic Road in Gloucester, and will feature speakers on the topics of aging and dementia, lunch, and a resource fair. The event is free and open to the public. Advance registration is required for this event. To register, please visit www.ADFCA.org.

All Cape Ann residents are encouraged to attend, including people of all ages, older adults, caregivers, persons living with dementia, and professionals who work or live on Cape Ann.

The Aging Together Summit is made possible through a grant from the Tufts Health Plan Foundation.

To learn more about Age & Dementia Friendly Cape Ann or to register for the Summit, please visit our website www.ADFCA.org.

Are you, a friend or a loved one turning 65, or thinking about retiring? Are you confused about Medicare? You are not alone!

There will be an “Introduction to Medicare”informational session Wednesday evening, April 17, 6:00 – 7:30 p.m., at SeniorCare, located at 49 Blackburn Circle in Gloucester. Learn about the structure of Medicare, when to enroll, and how to choose plans that suit you, your lifestyle and your overall health.

This session will be presented by a certified SHINE Counselor, providing free, unbiased, Medicare health insurance information, and is intended to guide participants through all of their options. Be an empowered, educated consumer!

To register for this event, call 978-281-1750 or register online at www.seniorcareinc.org.

Soon this iconic pier will be taken down and rebuilt.  Looking forward to process and jumping off the new pier. 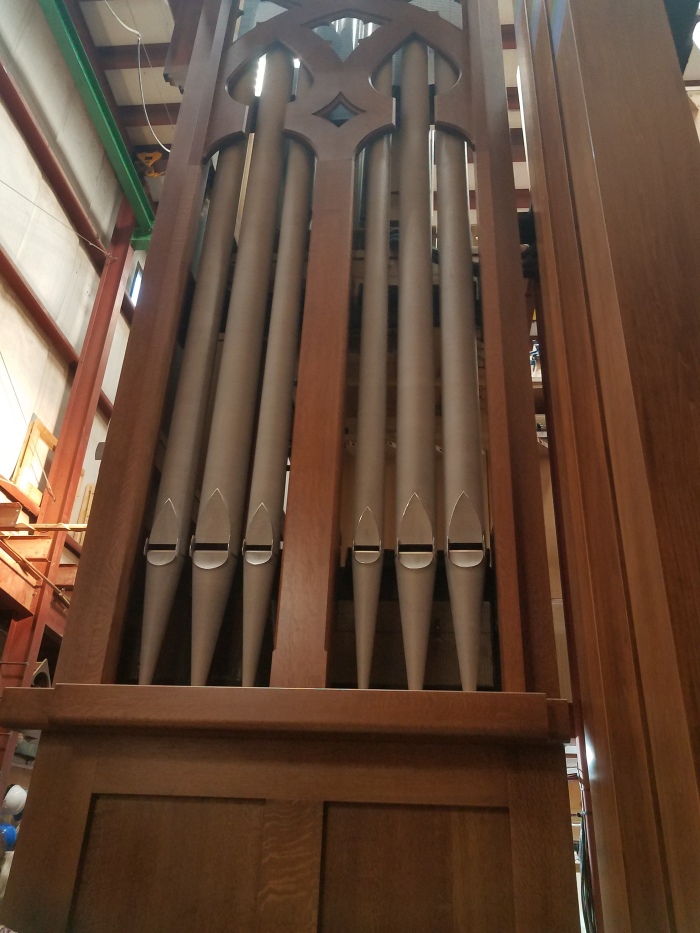 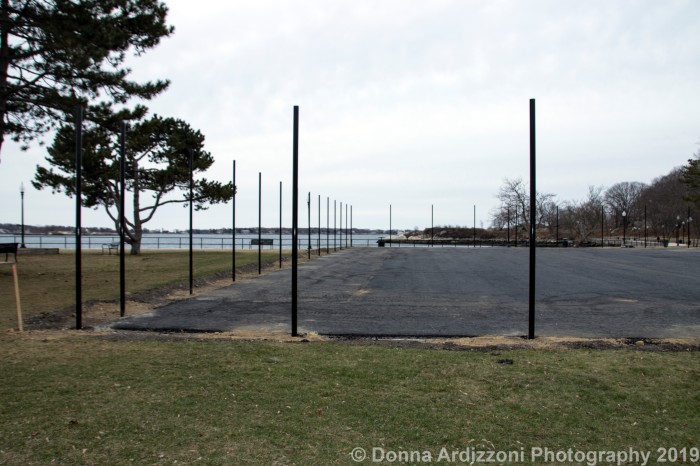 A wonderful couple from Israel, we talked about Gloucester’s history and sites to see.

Salem State University is honoring Earth Days Week April 8-12 with events whose theme is “Sounding the Alarm on Climate Change: Critical Actions for a Livable Planet.” The theme is designed to inform as many people as possible about the limited window that humanity now has to avoid the more dire effects of climate change.

According to the Fall 2018 comprehensive report by the Nobel Prize-winning Intergovernmental Panel on Climate Change, humans have just over a decade to make “rapid, far-reaching and unprecedented changes,” or the Earth will become a less habitable, more hostile environment.

This year’s Earth Days keynote speaker will be world-renowned climate activist Tim DeChristopher. In December 2008, DeChristopher disrupted an illegitimate Bureau of Land Management oil and gas auction by posing as Bidder 70 and outbidding oil companies for parcels around Arches and Canyonlands National Parks in Utah. For his act of civil disobedience, he was sentenced to two years in federal prison and served 21 months. His imprisonment earned him international recognition as an activist. He is also the subject of the documentary Bidder 70, which will be shown on campus Tuesday, April 9, at 9:25 a.m. in the Ellison Campus Center’s Martin Luther Ling Jr. room.

DeChristopher has co-founded the climate justice organization Peaceful Uprising in Salt Lake City and the Climate Disobedience Center. Rolling Stone magazine named him “America’s Most Creative Climate Criminal;” in 2011, Treehugger called him “Person of the Year;” The Salt Lake City Tribune named him “Utahn of the Year;” and in his book The Art of Non-Conformity, author Chris Guillebeau supports DeChristopher’s actions as “creative acts of protest” at a time when “morality and law are on opposite sides.”

DeChristopher’s keynote address, titled “Activism for the End Times,” will take place on Thursday, April 11, from 12:15-1:30 p.m. in Veterans Hall at the Ellison Campus Center. After his talk, DeChristopher will receive Salem State’s annual Friend of the Earth Award in recognition of his work spreading the urgency of the climate crisis and the need for bold, confrontational action in order to create a just and healthy world.

In addition to the keynote address, Earth Days Week 2019 will feature more than a dozen discussions, films and other presentations that explore and examine climate change research, mitigation and possible solutions. Events will include a panel featuring six Salem State professors presenting their climate change research; a discussion about how each person can work to help lessen climate change at the regional, local, campus and individual level; a talk about the “Green New Deal” proposed by Congress and carbon pricing; and an art installation titled “Disconnected” at the Berry Library on campus. All events are free and open to the public.

For more information and for the week’s schedule of events:

I was happy to realize Lobsta Land is now open as I considered where to have dinner and I was apparently not the only one! I went early in the evening and found myself among many others with the same idea. It was like “Old Home Days” as workers and customers greeted each other happily but briefly as the staff was hustling around trying to accommodate everyone. It was great fun to watch.

The Cajun Blackened Haddock was delicious! I did ask them to go light on the spices since I don’t like my mouth to be on fire overtaking the haddock flavor. It was just the right blend for me. Looking forward to returning with GMG Jimmy!

Come join us at Maritime Gloucester for 5 weeks of lectures. The Spring Lecture Series presents “Leading Ladies: Defining the Discussion of Maritime Science and History”. This series will tell stories of exploration, science, research, historical preservation, adventure and the working waterfront from the perspective of the women who engage and lead in these issues every day with a view to the maritime science and history.