Day twenty-nine, or I suppose we could say four weeks and one day, and our Little Chick is growing gangbusters! 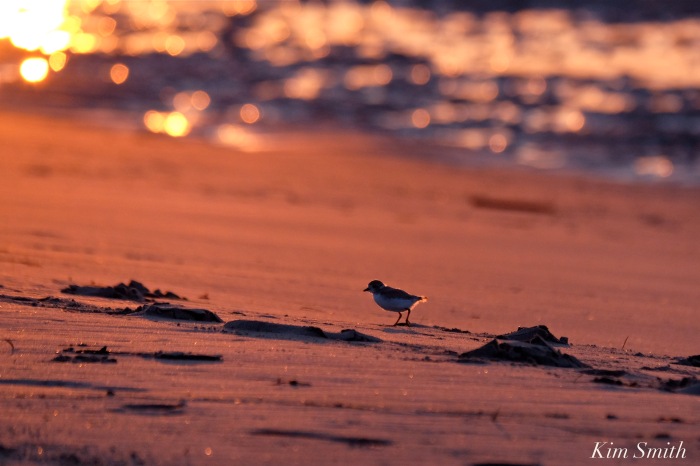 It’s always a relief to see our one surviving Piping Plover chick at first light.

Foraging in the seaweed at daybreak.

Little Chick seemed a little less independent today and spent a good amount of time with Papa Plover. I wonder if something frightened the Plovers?

Chief McCarthy, who now takes his morning run at Good Harbor Beach, has noticed tracks from folks that are still walking their dogs in and around (and through) the sanctuary. Not to disparage dog owners (I love dogs), a drunk guy also insisted on walking through the sanctuary. A super, super scary thing happened this morning where a small group had gathered around the enclosure. Two Great Blue Herons came flying low and slow over the roped off area, where both baby and Papa were resting. A conservationist told me awhile back to try to discourage folks from gathering round near the Plovers because it could alert predatory birds. I didn’t quite believe it, but after seeing the GBHerons flying so low, and seemingly fearless of the humans, I believe it now. Great Blue Herons are super predators and although their primary food is fish, they eat practically every small living creature, including birds, small mammals, reptiles, amphibians, shrimp, crab, insects, and rodents. 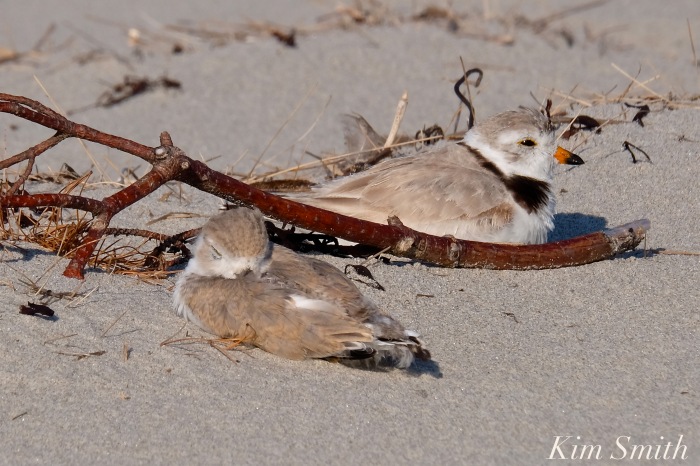 Hmm, I think I’ll give flying another whirl.

Running to take off. 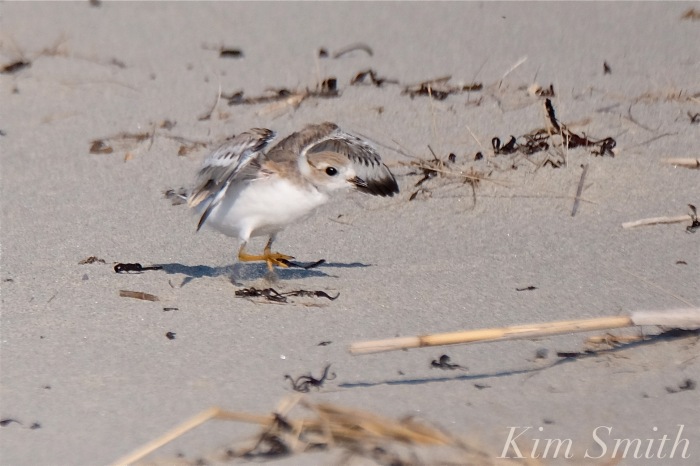 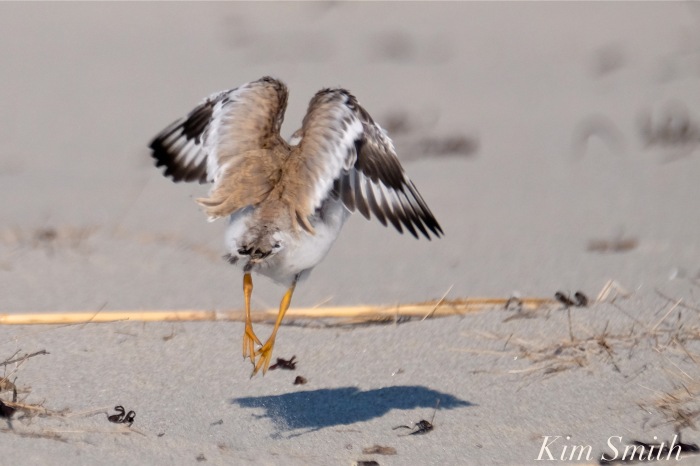 Airborne for half a moment! 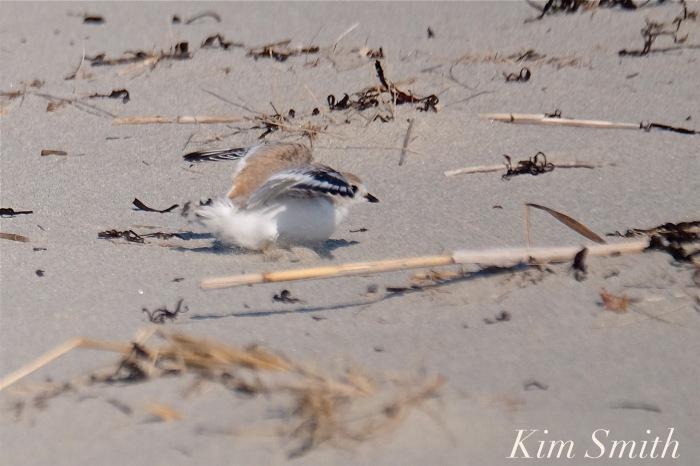 Landing, with a not-so-graceful skidding thud. 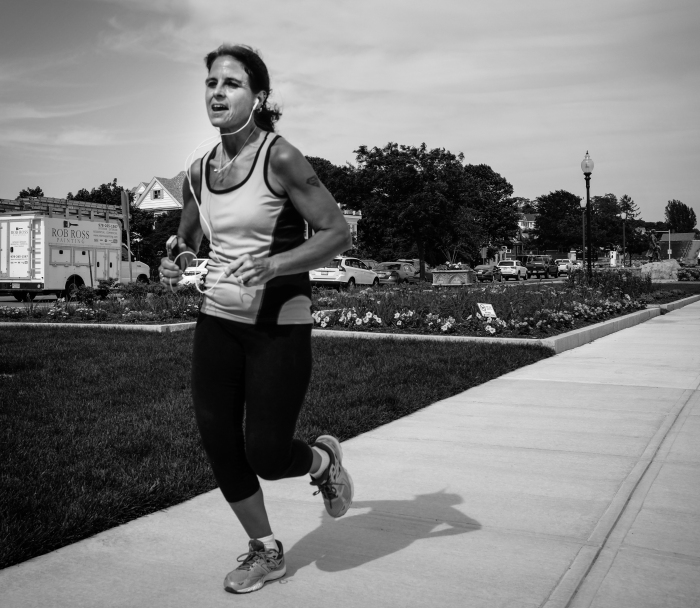 “Running is the greatest metaphor for life, because you get out of it what you put into it.”
— Oprah Winfrey

“It’s 1970 in Laura Harrington’s brilliant new novel, “A Catalog of Birds,” and Nell Flynn is about to graduate from high school. A young scientist on…”

Laura Harrington’s novel is available locally at The Bookstore of Gloucester and Toad Hall Rockport.

Read the review : http://google.com/newsstand/s/CBIwlIf9vjU by Charlotte Gordon, a professor of humanities at Endicott College, author most recently, of “Romantic Outlaws: The Extraordinary Lives of Mary Wollstonecraft and Her Daughter Mary Shelley.”

FOB Kathy Roberts is having an art show at “The Bookstore” 61 Main St. for the month of July. Titled: ” An Italian Journey” featuring paintings of memorable places I visited while in Italy; Tuscany, Venice, the Island of Capri and Florence. Along with the paintings there are also prints and cards available for sale. For more info please contact Kathy Roberts @ 978-853-7825 or kathygroberts@yahoo.com 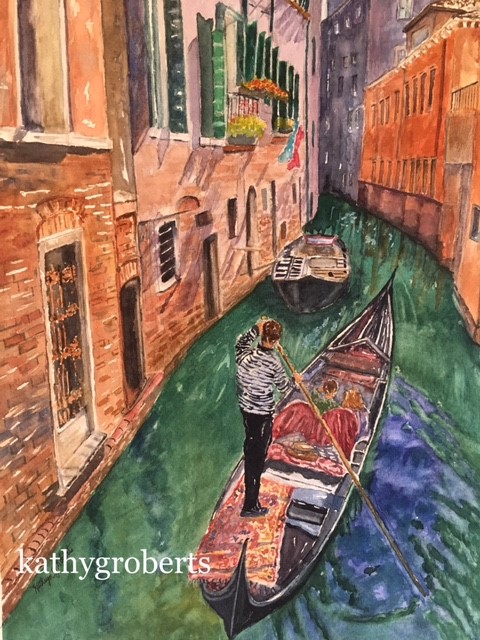 Couple from New Hampshire, launching their boat for a day on the water. 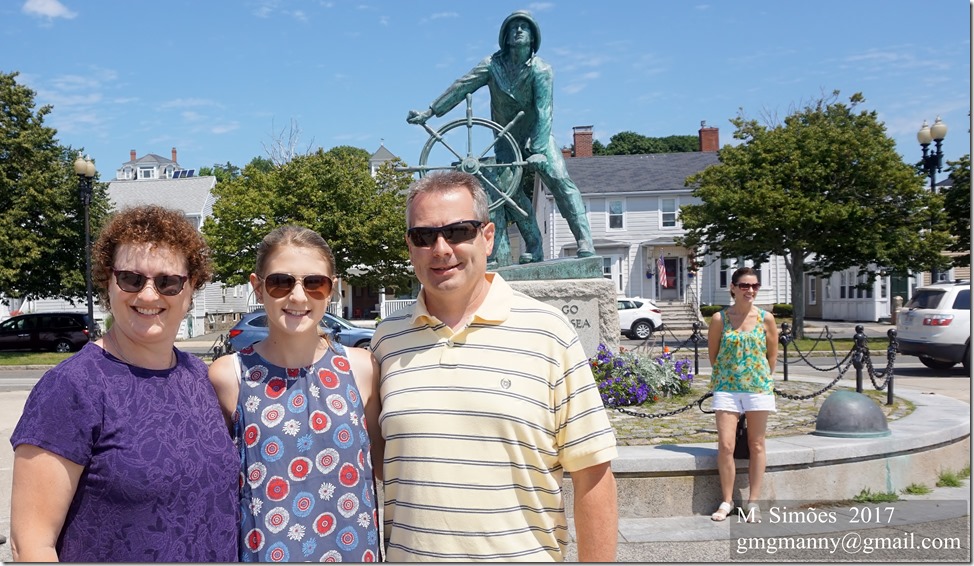 Best of Friends headed out to pull some lobster pots

Coming in from hauling traps

I’ve gone back and forth about whether or not to write this several times as I feared that, possibly, I would be infringing on a family’s privacy, but I hope, instead, this serves as a “thank you” to a man who always, week after week….for more than a decade…never failed to say “Hello” as we walked by.

Since Thatcher came home from the hospital at one week old, we’ve been taking walks. The route is sometimes shorter…sometimes longer…and the mode of transportation has changed drastically over the years….but, Atlantic Ave. in Rockport has always remained a part of it. At first the walks began in the red Bumbleride Indie single stroller and soon there after the red push-handle radio flyer sports coupe.  With Finn’s arrival almost exactly two years later….we upgraded to the necessary Bumbleride Indie double wide. …this time in bamboo green.

All too soon, however, the strollers were gone and bikes with training wheels, bikes with no training wheels, scooters, rollerblades, and skateboards became the boys’ preferred methods of getting downtown.  Moby, Marlin, and Minnow (the fury children) …depending on the year…often accompanied us to keep an eye on their boys and possibly score some smoked fish at Roy Moore’s. All the while, however, we went down Smith Road, took a left on Old Garden, merged onto Atlantic Ave, and came out at the corner of South Street….and, most importantly, to “Arnold’s Garage.”

Arnold (I’m not sure when my children learned his first name) was a fixture near and around that corner….often, later, in his woven vintage lawn chair.  For as long as I can remember, he greeted us with a smile.  The boys knew to look for him along that stretch of town and their greetings grew with their age.  An exuberant wave, a shy smile, a “hi”, a “Hello. How are you?”……to a “Mom, that nice man wasn’t in his chair last week.”  It was Thatcher, now sometimes able to venture downtown with his friends, who pointed out to me that Arnold was not there. Several trips to and from sailing lessons had passed with no “hellos.” And, indeed, sadly…when I walked by Arnold’s garage later that week…the photo below is what I found.

Over the years I learned more about how talented and celebrated this man was…but my boys…well, they only knew that he was an artist, and that he was a sharp dresser, and that he was kind to them.  Arnold, in turn, probably only knew of us that the boys loved Hula Moon shaved ice, they often wore more than they ate, and that none of our dogs have ever walked well on leashes.  I regret never having a full-fledged conversation as I’m certain I would have learned a lot.

It is special to me how a person one really doesn’t know can become a character in their story and a chapter in their book based on simple smiles and kind greetings.  The boys will not soon forget his kindness and I am certain they will think of his “hellos” often, and with fondness, in the years to come.

Thoughts and prayers to his family and friends.  And a heartfelt “thank you” for allowing us to feel the glow of his kindness over the years.  Clearly a remarkable man in large ways….and in small.

I spotted a small inflatable boat while taking photographs on the breakwater. At first I thought that someone may be diving, but could not see any diving flags. After an hour the dinghy continued to get closer to the breakwater. Finally it started to crash into the rocks. A gentleman form Rexford New York, who was fishing, climbed down the slippery rocks to capture the boat before it was damaged. Another fisherman cast a hook into the boat hooking a life jacket to guide it so he could pull the boat up onto a flat rock so the engine did not bang into the rocks, and held on to it. We called the Police. But shortly after we called the Police we spotted a sail boat heading in our direction. The sail boat from Rhode Island said It was their rubber boat, we released the rubber boat to them, called the police back, and off they went in their Oceanis 381 Chaser Sailboat, with wave and a quick “thank you”.

The Good Samaritan was the man from Rexford New York. He is a retired school teacher and a track coach. He and his wife rent in Gloucester, they love all that Gloucester gives. Yesterday he gave back, a rescue of an expensive “Highfield” rubber boat. Below are some photos of the events. 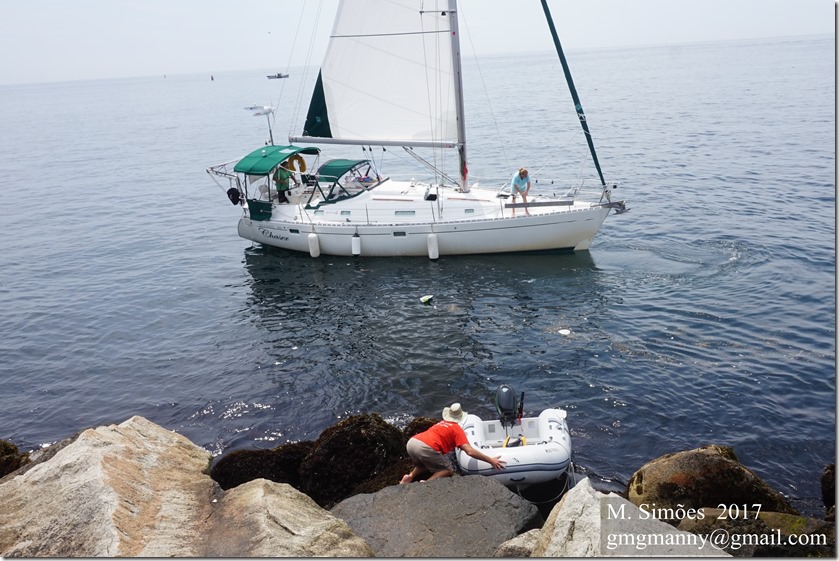 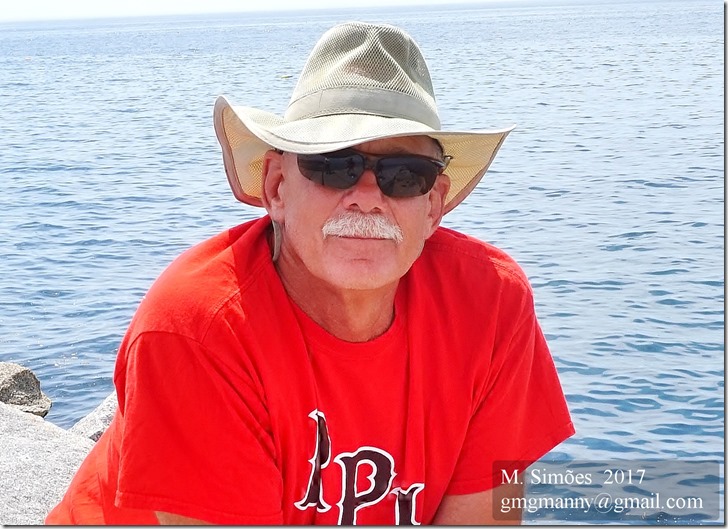 The Annual Meeting of The Mt. Pleasant Cemetery  will be held at the East Gloucester Community Church on Chapel Street, East Gloucester on Wednesday, July 26 at 6:30 pm.  All board members, lot owners,  and interested persons are encouraged to attend.  We are looking for new members for our Board and welcome anyone who is interested in helping our non-profit in any way.   We are looking to elect a new President and Treasurer.

If you cannot make the meeting but are interested in helping out in the future, please contact me at khmelanso@comcast.net