“World Water Day, on 22 March every year, is about taking action to tackle the water crisis. Today, 1.8 billion people use a source of drinking water contaminated with faeces, putting them at risk of contracting cholera, dysentery, typhoid and polio.

Water is at the core of sustainable development. Water resources, and the range of services they provide, underpin poverty reduction, economic growth and environmental sustainability. From food and energy security to human and environmental health, water contributes to improvements in social well-being and inclusive growth, affecting the livelihoods of billions.” – UN.org

The pretty white gull was on the last remnant of ice at Niles Pond yesterday morning, preening and bathing alongside a mixed flock of Great Black-backed and Herring Gulls. Although doing his/her best to blend with the other gulls, he appeared to be playing with a feather blowing around on the ice.

I wonder who amongst our readers has seen an Iceland Gull, and where it was spotted. Please write and let us know. Thank you!

Iceland Gulls are most often only seen in our region during the winter. Despite their name, they do not breed in Iceland, but in the high Arctic and Greenland. Their diet consists of fish, marine vertebrates, carrion, some terrestrial and aquatic plants, and berries during the late summer. 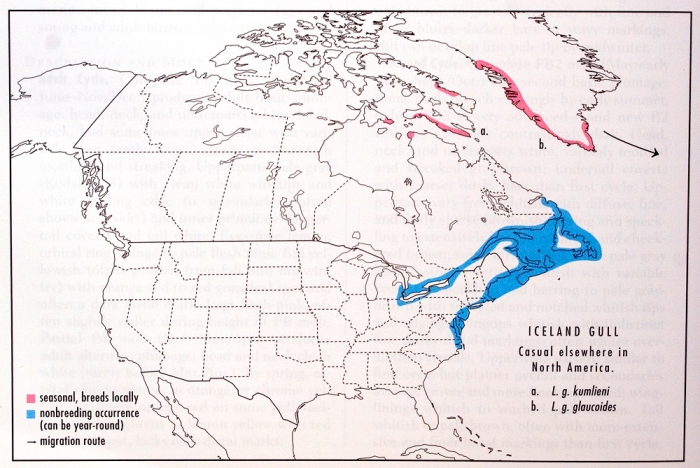 I wished I could have gotten closer to get a better photo, but if you scroll through the following pdf, written by Dick Coombs, you’ll find an excellent description of a 1st-winter immature Iceland Gull, just like the one at Niles, along with photos of a mature Iceland Gull: http://www.southdublinbirds.com/nimages/fyles/IDofIceland&GlaucousGulls-print(DC).pdf From U.S. Park Service:
Introduction
This farm lane served as a breastwork for the Con­federate center. For about three hours 2,200 Confederates, later reinforced by ad­ditional troops, held off the attacks of a combined Union force numbering nearly 10,000. Finally, just after noon, this thin gray line collapsed and fell back several hundred yards to the Piper Farm. The Union attackers had suffered too many casualties to pursue their advantage. Seeing the dead in the road an observer wrote, “They were lying in rows like the ties of a rail­road, in heaps like cordwood mingled with the splintered and shattered fence rails. Words are inadequate to portray the scene.”
A Simple Farm Lane Changed Forever
During the early hours of the battle, Col. John Brown Gordon promised Robert E. Lee: “These men are going to stay here, General, till the sun goes down or victory is won.” The Confederate troops that Gordon commanded were part of a well protected line of over 2,200 men hunkered down behind piled-up fence rails in this well worn sunken road.

When the Federal attacks shifted south at approximately 9:30 a.m., the Confederates held their fire until the last possible second. Then, as Gordon remembered, “My rifles flamed and roared in the Federals’ faces like a blinding blaze of lightning…the entire line, with few exceptions, went down in the consuming blast.”

For more than three hours thousands of men blazed away at each other at point-blank range. Eventually the overwhelming Union numbers and confusion in the Confederate ranks forced the defenders back. When the fighting subsided, 5,500 soldiers lay dead or wounded on the field and in the road. That number included Col. Gordon, who had been hit five different times. After the deadly struggle for this sunken road, soldiers who fought here described it as the “road of death” and a “ghastly flooring.” From that day forward, the road has been known as Bloody Lane.

“Heaps Upon Heaps Were There in Death’s Embrace”
READ MORE

A few gull photos on my morning walk.

What a pretty day

The time will come
when, with elation
you will greet yourself arriving
at your own door, in your own mirror
and each will smile at the other’s welcome,

all your life, whom you ignored
for another, who knows you by heart.
Take down the love letters from the bookshelf,

the photographs, the desperate notes,
peel your own image from the mirror.
Sit. Feast on your life.

A native of the Caribbean island of St. Lucia, Walcott was one of the most decorated of modern poets and playwrights. A winner of the 1992 Nobel Prize for Literature, he began writing in his teens, attended the University of Jamaica and moved to Trinidad to teach. He was hired by Boston University in 1981 and was awarded a MacArthur Foundation Grant the same year. He later taught at the University of Alberta, (Canada) and the University of Essex, (England). Thrice married, thrice divorced, Walcott had two daughters. He died last week in St. Lucia.

I heard Tom Hiddleston read this on NPR last Sunday and wished my radio had a repeat button. 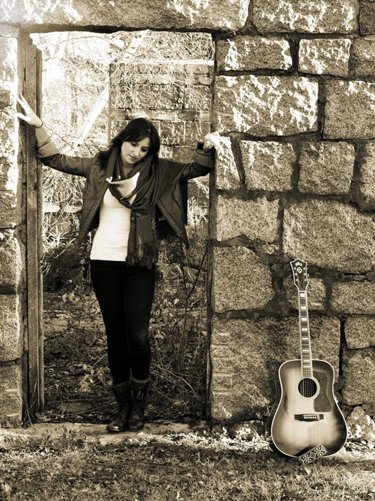 The ever so wonderful Charlee Bianchini graces the Rhumb
Line stage this week with charm and with beautiful music.
My regret is I cannot myself attend. Our touring group
collectively picked up a nasty bug upon return from Cozumel
last week. Allen Estes will kindly step in as host. This will
prove to be a great chemistry, for sure. I wouldn’t miss it! ~ Fly
Dinner with great music!
*Each week features a special, invited musical guest
The Rhumb Line Kitchen…
…now features Janet Brown with some new and healthy ideas!
Plus a fine, affordable wine menu!
Upcoming guests…
03/29 – Liz Frame 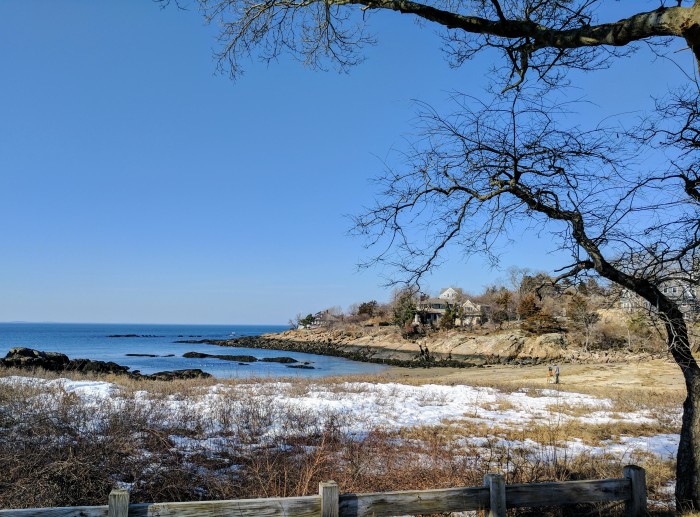 Who is this artist? The colors and texture of the landscape, that white hat, and straining eyes (mine and the artist)…well, it had me thinking Butch Cassidy and the Sundance Kid  ” Who are those guys?” and “white straw skimmer” (minus the “beginning to get on my nerves”)

Business Owners comprising the Gloucester Downtown Association are looking to hire a new paid coordinator for the 2017 Sidewalk Bazaar.  John Orlando who has done a great job for many years  is now stepping down to concentrate on his own business, The Harbor View Inn . If anyone is interested  in the job, which does pay, please contact  Joe Ciolino (The Weathervane 978-281-1227)  or Patty Gates (Premier Imprints 978-282-3227)to learn more and to meet to discuss the job description.

Late morning sunrise on Monday, the first day of Spring.   Took a little extra time for the sun to reach it’s way over the low cloud bank.

Which one speaks to you?

WHO:                   Famed Chef and Restauranteur Anthony Caturano brought his old-world style of cooking to Gloucester and debuted Tonno coastal Italian seafood restaurant in June 2016. Now Anthony has invited his Chef friends from the Boston area up to the north shore to launch a wine dinner series.

WHAT:                  Tonno’s Guest Chef Dinner Series launched in January and the first Wednesday of every month features an exclusive menu from one of Anthony Caturano’s talented chef friends.

On Wednesday, April 5 nationally recognized Chef Tony Susi of Capo is sharing a special menu of fine Italian food with house-made pastas and more. Chef Tony Susi’s culinary career has taken him all over town – from humble beginnings in the heavily Italian North End…

Margarett Sargent: The Bold and the Beautiful

Celebrate Women’s History Month with a lively presentation by Museum docent Margaret Bernier focusing on the life, loves and work of artist Margarett Sargent. Offered in conjunction with the Cape Ann Museum Book Group’s reading of The White Blackbird: A Life of the Painter Margarett Sargent, written by her granddaughter Honor Moore. To complement this program, a selection of works by women artists from the Museum’s collection will be featured in the galleries. This program is free for Museum members or with Museum admission, paid on arrival. Space is limited; reservations required. Reservations can be made by calling 978-283-0455 x10, emailing info@capeannmuseum.org or online at Eventbrite. 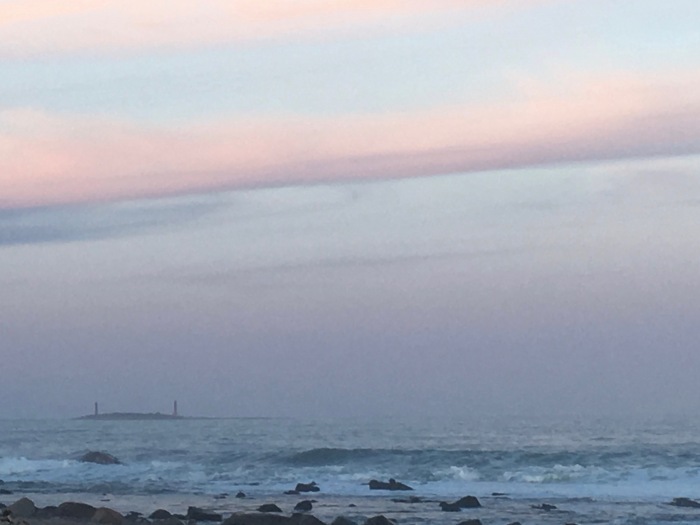 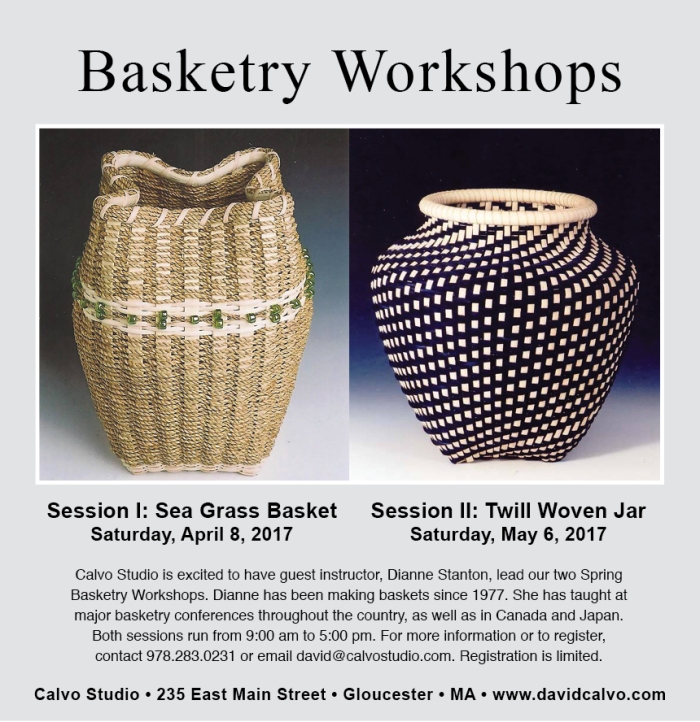