Felicia is an amazing woman. What an extraordinary group of women and men taking care of every detail for this beautiful fest. The altar says all.
The blessing of the Altar and food. 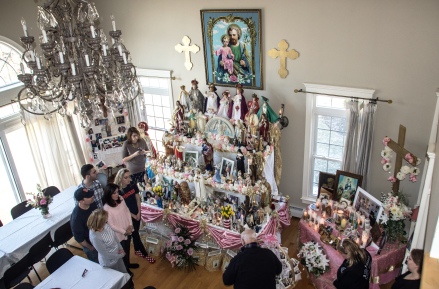 Felicia and Barry making the Zeppola

The one of the bowls for the wonderful bread. 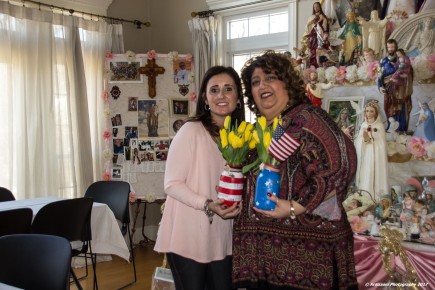 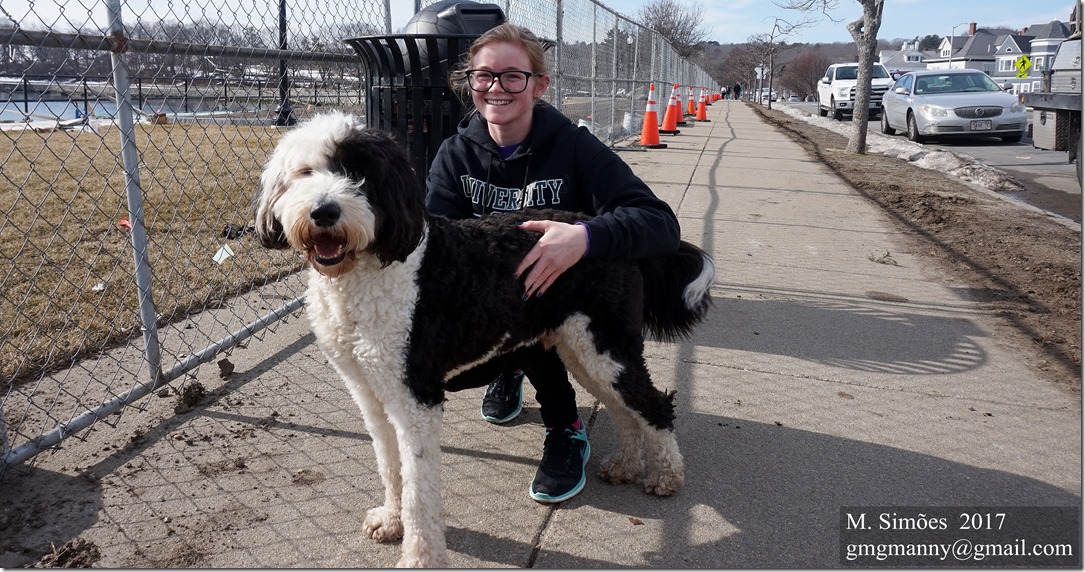 Think of all the times you’ve wanted to battle with Vikings, dive deep beneath the ocean waves and fly to the moon and beyond. Well, now you can!Join us for our first Lunch and Learn After-Hours, starting at 7pm on Tuesday March 21st when we explore the basics of shooting on green screen. We’ll cover the basics of what you need for cameras, lighting, and software right here at Cape Ann TV’s studios. Find out how to make your own special effects—special!  To sign up, go to http://capeanntv.org.

WHAT IS GREEN SCREEN/CHROMA KEY?Chroma Key or Green Screen is a fantastic tool for filmmaking that opens up so many storytelling opportunities. It isn’t too difficult provided you know the basics and is easy to use for your films whether you are making an independent low budget film or Hollywood Blockbuster.

Green screens are a key tool in a technique called chroma keying. In a basic scenario this may involve a person/subject being filmed standing in front of a green (or blue) screen. Then using an editing program the green color is digitally removed from the video file leaving the person/subject. A new image/video is then layered behind them. If done well it should look as though the person is actually standing in the scenario that is happening in the background.

The ability to chroma key opens up an array of options for filmmakers. For example if you are filming a news story and you need your presenter to look as though they are standing out the front of the Taj Mahal, then you could use this technique instead of ACTUALLY taking a news reporter to the Taj Mahal. It saves a lot of time and money.

The Essex Elementary School PTO is at it again!

The Down River Raffle is a big part of the “Making Waves for EES!” spring fundraising event, which is our biggest fundraiser of the year by far. This year, we have partnered up with ERBA to raffle off a pair of kayaks and accessories, a prize package worth over $3000! Tickets are $50 and we only sell 250, so get yours now! Links to individual items in the package can be found at our website, www.essexpto.com, and the winner will be drawn at our auction Pick-Up Party on April 7, 2017. You do not need to be present to win.

With the exclusive sponsorship of our friends at J. Barrett and Company, every dollar we bring in goes to enriching the EES experience. Join in the fun and reserve your ticket today by emailing essexelementarypto@gmail.com!