The Last Schwartz, in its New England premiere at Gloucester Stage, introduces us to the Schwartz siblings—Nora, Ben, Gene, and Simon—who have inherited the family home from their parents. Along with Bonnie, Ben’s wife, they meet at the house over a weekend. Tension fills the air as Nora is determined to keep the home while Ben, a businessman, wants to sell it. Meanwhile, Simon, who is autistic, spends his time staring into a telescope and dreaming about space travel.

Into this powder keg comes Gene and his pot-smoking California wild child girlfriend Kia. Like a heat-seeking missile, Kia explodes the delicate balance that the siblings have managed to construct, ripping the lid off passions long suppressed by family decorum and the stern order that Norma, the oldest of the Schwartz siblings, has maintained during the year since their father’s death. Secrets are revealed, promises broken, and conflicts erupt as the four Schwartz siblings, joined by Kia and Bonnie, struggle to find a way forward.

At a pace that feels like you’re on a roller coaster, playwright Deborah Zoe Laufer delivers a potent blend of laughs and bitter revelations. The ensemble cast is uniformly brilliant, creating vivid characters that feel like people you know and may even be part of your own family. With expert direction by Paula Plum, evocative lighting design, and a set that looks exactly like your grandparents’ musty old house, The Last Schwartz delivers comedy and heartbreak that’s perfect for a midsummer night. Run, don’t walk, to the Gloucester Stage Company to be a part of this delightful and touching experience. 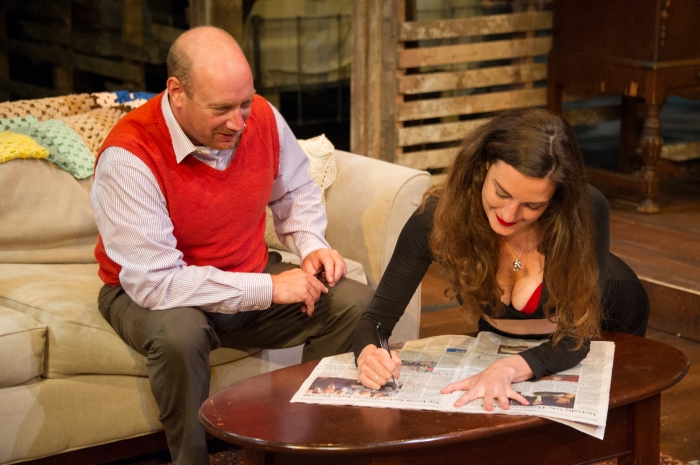 All Photos by Kippy Goldfarb/Carolle Photography

In just three weeks, Seven Hills Music “Walk My Way,” featuring Mike Forgette, has received over 26,000 views. Click here for a free download of the song.

On Friday night you can hear Mike Forgette and his band Over the Bridge at Katrina’s at 9pm.

Driving around Niles Pond noticed the swan through the reeds swimming and eating. 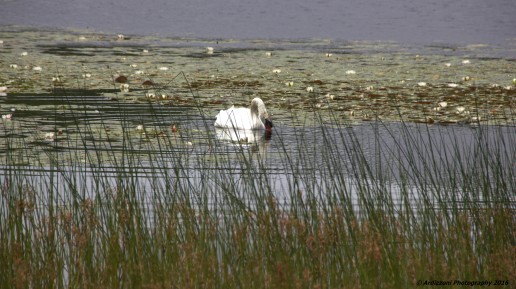 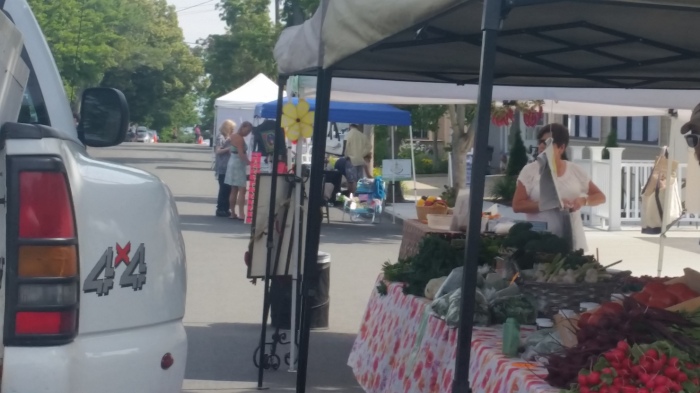 Cocktails on the Harbor.

Join us for an evening cruise around Gloucester Harbor

on the Beauport Princess

in honor of Bob and Jan Crandall, founders of the Addison Gilbert Society.

RSVP by July 15.Tickets are limited!

Please contact Michelle Hinchey at Michelle.D.Hinchey@Lahey.org or 978.726.6534 for more information.

I was just informed team Blue is the best team on Cape Ann. 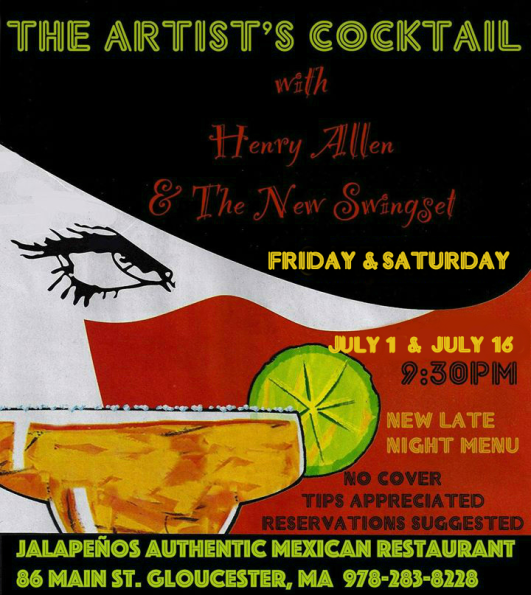 Thank you to the GMG reader who saw the news on TV, and wrote a comment on the Disney-Pixar post. Massachusetts may be the model for North America. The MA Wildlife report includes the conservation approach implemented in Cape Cod last year, home to 60+% of MA piping plover population.  I don’t have the tv station’s coverage, but I included the WBUR wire pick, and piping plover reports from CT, NH, and ME. Kim Smith is covering the pair on Good Harbor Beach. Nesting Piping Plovers have been seen on Coffins Beach and Revere Beach.

Currently, the Atlantic coast population (North Carolina to Eastern Canada) of piping plovers continues to hold steady just under 2,000 pairs. The Massachusetts State Department of Fish and Wildlife targets maintaining 625 pairs with greater intervention should the population fall below 500 pairs.

Piping plovers were not rare enough to be described as a ‘wild’ species in 1895 in Daniel Giraud Elliot’s North American Shore Birds. He wrote that where the species had been formerly ‘most abundant’ the piping plover was “found chiefly on the more retired parts of the cost where it was free from molestation…its acquaintance with man has caused it to be at the present time, in most places where it is found, a rather wary bird.” The fattened birds were “palatable, yet sometimes sedgy in flavor.” Skunks and other predators, influx in summer population, and loss of habitat were concerns. Plastic trash is a striking difference now. At least we don’t eat them.

The Connecticut Department of Energy and Conservation monitors the piping plovers.  The Connecticut Audubon Society doesn’t maintain piping plover information, however they do have an incredible osprey project to report. Tom Andersen told me that the CT Audubon Society has built up a network of more than 300 volunteers to find and monitor osprey. An intern has plotted the work of these citizen scientists on this Osprey Nation map. Nests have grown from 200 to 500. I think I’m inspired to do a map of the piping plovers if someone in MA or in the state office hasn’t done it already!

Massachusetts may be the national model.

David Abel wrote about it back in January for the Boston Globe (January 21, 2016)  Beachgoers may get break as plovers rebound:

“In Orleans, after years of losing hundreds of thousands of dollars a year in fees for stickers to drive on town beaches, local officials independently sought and obtained a federal waiver last year to allow a limited number of vehicles back on the beach.”

“For Russ Hopping, who oversees about 27 miles of beaches from Ipswich to Nantucket for the Trustees of Reservations, a federal waiver would mean more than getting rid of some fences on their beaches. It would mean fewer headaches. With some 60 plover pairs on their beaches last summer, Hopping hopes new flexibility would translate into fewer complaints and greater protection for the birds.

“That we’ve reached the point that this opportunity even exists represents a conservation success story for Massachusetts,” he said.

South shore and Plum Island stories have been contentious (e.g. WBZ’s 2010 story in Plymouth Are they protecting the plovers or their view? )

The town of Duxbury canceled their annual 4th of July beach bonfire because piping plover pairs returned and were nesting year after year. “Most Duxbury residents said they understand the need to cancel the bonfire for the bird. Since the birds return every year, the committee said next year they’ll consider a new tradition of having the beach bonfire at another time.”

There are 7 pairs  reported in NH right now in Seabrook and Hampton. “Since protection efforts began in New Hampshire in 1997 through 2015, 99 nesting pairs of plovers have fledged 127 chicks on the state’s seacoast.”

This year spectacular garden tour took place on Eastern Point and was beautiful with such an array of gardens and homes. I was only able to get to four of the eleven.Next year I will try to make it earlier to cover more. It was too much pleasure to take in and  try to  see and  photograph in a couple of hours. Fun fun fun! Congratulations to the Generous Gardeners and all the home owners and gardeners involved.

It’s not common to integrate a bridge into New England homes. From where I was standing, a few of the intriguing thresholds in Gloucester and Rockport that announce their entry. Whether simple or ornate, necessary or whimsical, or both –who doesn’t like a journey and a bit of suspension? I enjoy thinking about themes of transition, space and connections. 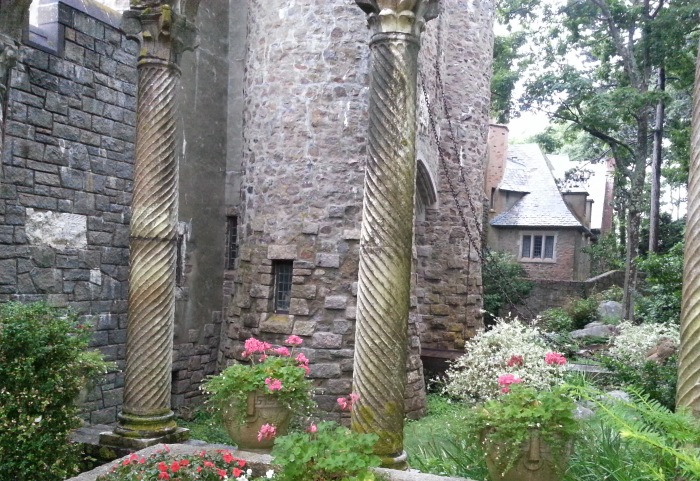 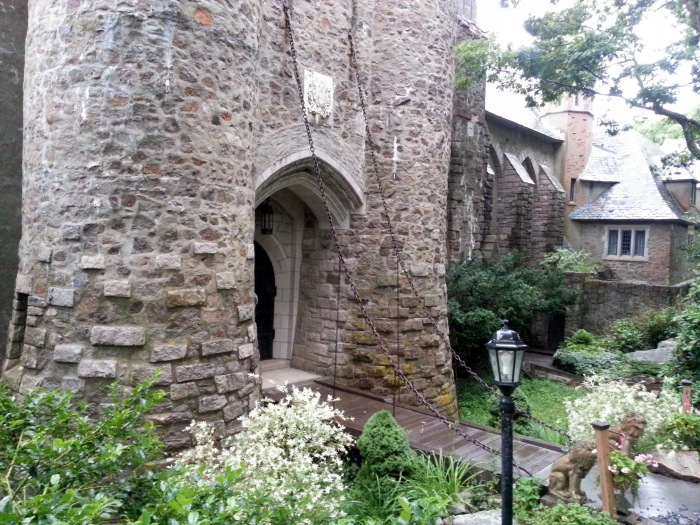 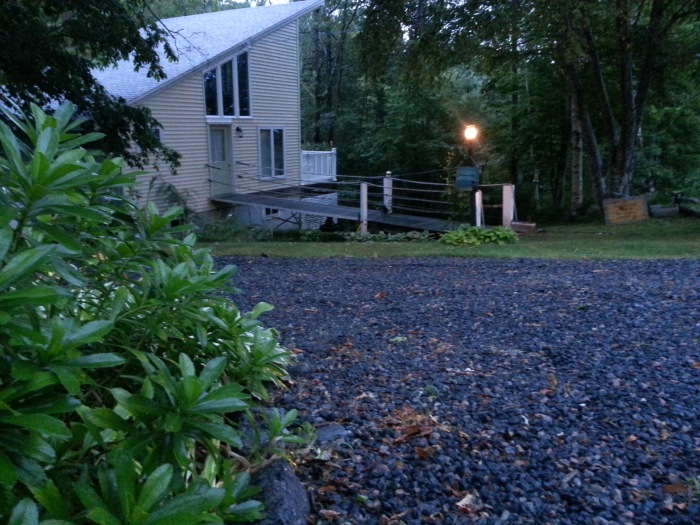 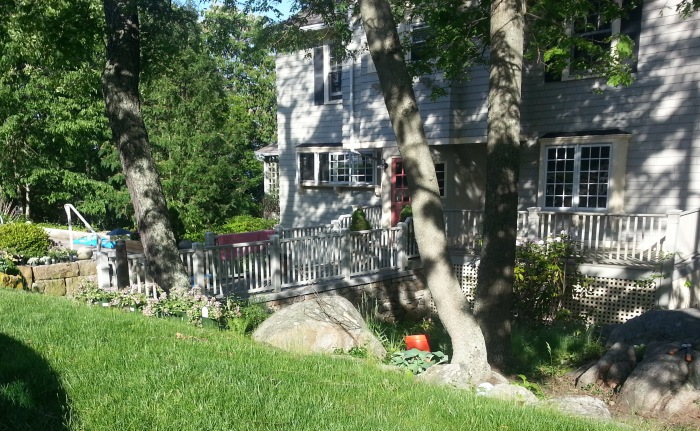 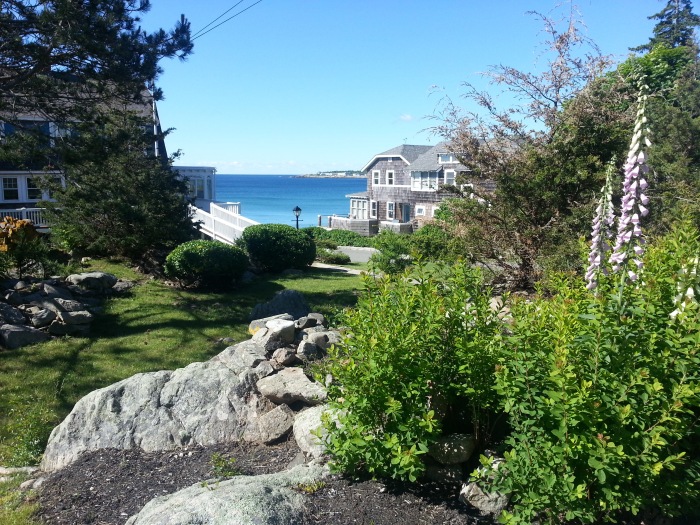 Local bridges and architecture in two drawings by Edward Hopper 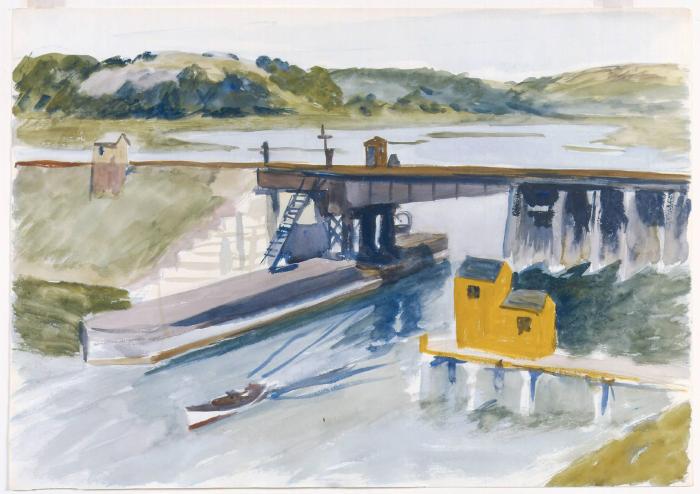 You are earnestly requested to meet several gentleman at lunch at Parker, at one o’clock sharp to consult on the best method of securing harmony in the Republican Party at the convention and the election. Your presence is especially important. 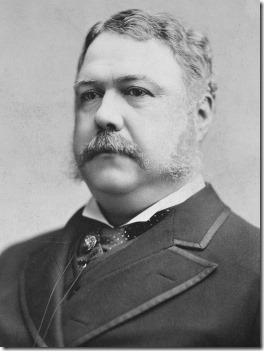 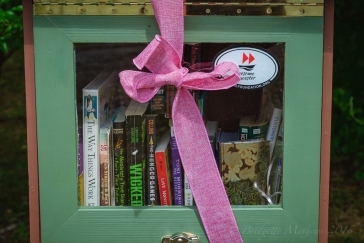 Little River has a new Little Free Library at the Stubby Knowles Landing.   Jen Holmgren, her husband Terry and daughter Lizzie hosted the grand opening of the Little River Little Free Library yesterday. This has been a project Jen started this spring in honor and memory of her mother who was an active Librarian her whole life and who shared her love for children and literacy within her community of Fairhaven, MA and with her own children as they grew. Lucky for us that Jen has inherited that same enthusiasm and is sharing it with our local community!

The LittleFreeLibrary.org is a unique personal community exchange of books where you can “Take a book – Return a Book”. You don’t have to return the book you took, you are just asked to bring back a book to replace the one you took.  On their website there is an awesome world map where you can find one of 36000 LittleFreeLibraries worldwide!  The mission of each Little Free Library is to promote literacy and the love of reading by building free book exchanges worldwide and to build a sense of community as we share skills, creativity and wisdom across generations.” The Little River Little Free Library should be on the LFL Map pretty soon!

Jen started her journey with permission from the Gloucester Waterways Board and with the encouragement of our Ward 5 Councilor, Sean Nolan. From there she enlisted the help from the Gloucester High School Carpentry students and Dana Griffin, who built the structure. Materials were generously donated by The Building Center in downtown Gloucester. This LFL’s design was taken directly from the Little Free Library website. (If you are interested in building your own, you can find the plans here.)

Jen gives the BIGGEST THANKS to the Awesome Gloucester trustees for their generosity in awarding the Little River LFL with an Awesome Gloucester micro-grant. The grant will be put toward maintaining the landscape at the landing, keeping the LFL stocked with books from the Second Glance Thrift Store (benefiting the Open Door Food Pantry), and to help 6 other Gloucester Little Free Libraries with the registration fee and a special stamp.  Three entities have expressed interest in opening up their own LFL’s in town. If you are interested, please contact Jen at littleriversteward@gmail.com. 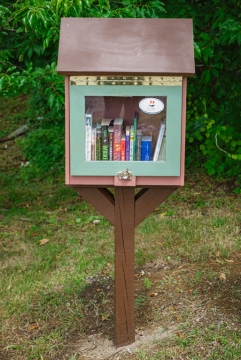 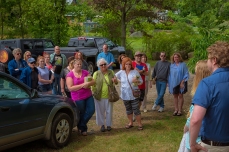 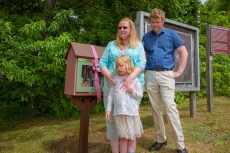 Some days 1/2 sunny days are the best days….

Pork Ribs Twice In One Week?  When they’re that good, sometimes you gotta double up just to make sure you weren’t dreaming…