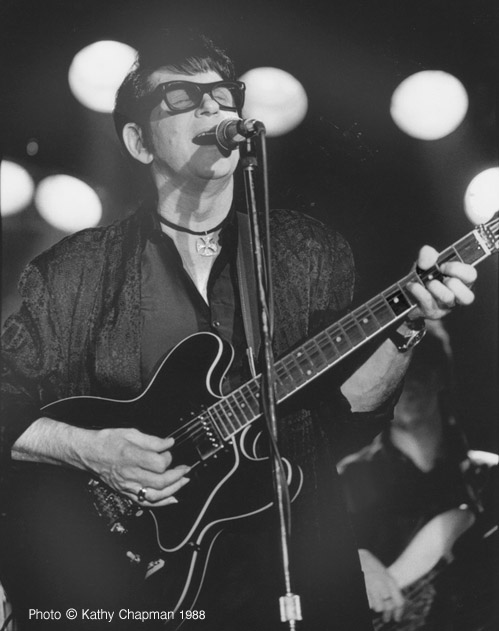 Originally this post was titled “C2 for Toby Pett” however when I ran into Kathy Chapman at Cape Ann TV today and told her about the post for Toby, she mentioned that she had taken a photo of Roy Orbison three days before he passed away. She shot the photo at the Channel nightclub in Boston and it ran on the cover of the arts section of the Boston Phoenix. Kathy writes, “He died of a heart attack three days later at the age of 52.” Thank you so much Kathy for sharing!

Toby shares a Gloucester story about one of his favorite Roy Orbison songs, “It’s Over,” in yesterday’s post about the recently released documentary about the making of Orbison’s album “Mystery Girl.” See post here. Toby’s comment:

“I realize that many do not keep our early to bed, early to rise schedule…was hoping to hear from someone re: C2…well, here is the answer: where David Cox’ wonderful little shop is, there was Nick’s Pool Room…it was a wonderful place to spend time and make friendships…Mike Patil, one of the founders of Timberline, spent time there…Phil Mazzeo, who just closed his hair salon on Center Street, was one of the best shooters…I could go on and on…it was a place where you learned to mature and to respect others…It was run by the Danikas family, Artie, now in his 80’s, walks Essex Ave and Good Harbor Beach every day…and his son Capt. Nick is co-owner of the Hurricane II, the whale watch boat…anyway, I have gotten off track here, C2 was the number on the Juke Box for “It’s Over”, that great tune by Roy…and when you were about to finish off your opponent in a game one would often say “C2″…to this day when I am watching sports and one team has clearly claimed the upper hand I often say “C2″, although I don’t think many around me understand…”